This website or its third-party tools use cookies which are necessary to its functioning and required to improve your experience. By clicking the consent button, you agree to allow the site to use, collect and/or store cookies.
I accept
You are here: Home / Blog / “Game of Thrones” at work (HR Performance Forced Rankings)  Here’s what to do instead.

Years ago I worked for a large company that had a really good performance evaluation framework.  It was rich, thoughtful, comprehensive and was a total waste of time.

Why?  In spite of all the great things in the framework our company required that we “force rank” our people based on the bell curve.

This was shortly after Jack Welch had promoted the idea that everyone in GE needed to be force ranked  – our people *must* fall into low performer, average performer and high performer buckets.  Not only that, but there must be a large percentage of “average” workers and a small percentage of “high performing” workers.

We Needed to Improve

Our corporate  leadership had bought into the idea that we needed to do this to challenge us to get better at our work.

In many ways this seemed like a great idea.  Different departments had wildly different expectations about what constituted high performance.  In some areas we suffered from “grade inflation” and people who were marginally competent got above average ratings.

In many parts of the company we had people promoted past their level of competence, and our “B” players (who had become managers) had hired “C” players to fill their shoes.

“Something” needed to change, and the “something” the leaders chose was forced rankings based on a bell curve analysis.

The bottom would be identified and forced out, the top would be rewarded.

(Of course the top end rewards were not statistically significantly different from those given to average performers – so the rewards system simply did not work, but that’s another blog post.)

Game of Thrones and Corporate Backstabbing

I have to confess that I’ve not watched it, but I’ve read that the popular TV series Game of Thrones is famous for politics, intrigue and backstabbing.

The fact that the force ranking system set aside just a few spots for the top level of performers means that the rest of the workers have a great incentive to fight each other to get a good rating.  This system actually provides an incentive to backstab and sabotage any coworkers who might prevent them from getting one of those coveted “high performance” ratings.

I had aggressively recruited SMART, hardworking people who represented the best and brightest.  Statistically speaking we had been able to attract people who were better at their jobs than their peers.  We had built a strong team culture – and delivered so consistently that leadership allowed us to add headcount while other areas were flat or declining.

When the new regime was instituted, it was a problem.  My team absolutely skewed toward the top end of the bell curve.  Frankly if it had not, leaders should have fired me for being stupid in my hiring!

When I did performance evaluations, regardless of the skill of the team members, some had to get a low rating, (almost ALL had to get an “average” rating) and I had to compete with my peers for the privilege of identifying ONE person across departments who was allowed to be recognized as a “key performer.”  Not one person on my team.  One person from among my Boss’ teams!

Seriously?  This could have led to a dumbing down of performance  – why be a stellar performer if the team member was not rewarded for it?  I had a few folks who had performed in an amazing way – but the rules and “fairness” demanded that those people’s achievements were crushed in the machine of forced rankings.

What I did to “Fight the Man”

I knew that this system was in place, that it was unfair to teams like mine, and I also knew that I didn’t have the power to change it.

So what did I do?  When I recruited people I set expectations ahead of time.  I told them”

I can offer you a position on a team where you’ll have strong coworkers.  You’ll be experts.  You’ll do meaningful work.

You’ll have the freedom to do it the way you want, and as long as our customers are happy, you can do it on the schedule you want.

As your boss I’ll cover your backside if you make mistakes, and together we will do great things.

I’ve got to be straight with you.  In this system there’s almost nothing that I can do to influence your pay or your bonus.  That’s the bad news.

If you’d still like to join, I’d love to have you on my team.

My team built a strong bond, and we worked well together.  We “worked around the system” to build a solid culture, but it was in spite of HR policies, not because of them!

Why Your Teams Are Not Performing

Your midlevel (and senior) leaders need to be recruiting the best possible people.

I’m willing to bet that you have not taught them how to do a great job in the hiring process.  Have you taught them? What did you tell them?

If your managers (and HR Recruiters) are not attracting the right folks – then you HAVE to look at your recruiting and hiring practices.

What to do instead of forced rankings:

Simple, but not easy.

Forced rankings create all kinds of behaviors that are not good for your team.

Be clear in telling people what you need from them, let them surprise you with the results! 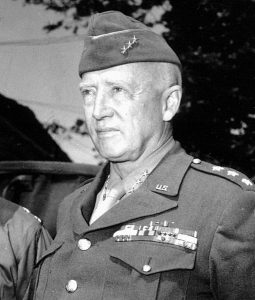