This website or its third-party tools use cookies which are necessary to its functioning and required to improve your experience. By clicking the consent button, you agree to allow the site to use, collect and/or store cookies.
I accept

You are here: Home / Leadership / What can you do if they "just don't get it"? 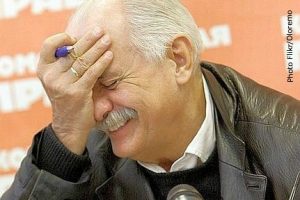 I was working with a client recently who was facing a dilemma.  Her project was being delayed by a key influencer, and that meant that she was not going to deliver on time.

More than her pride was at stake – she was convinced that this delay would be bad for the company – but the key influencers making the decisions were not on board with her thinking.

What can you do when they just don’t “get it”?

When they don’t get it – one technique is to walk them through a simple example so that you and the other person have looked at the data together.  Once you’ve walked through the calculations together, you have a much better chance of them buying into your analysis.
Today’s email is a little longer than usual, but I wanted to give you a specific example.
Here’s the situation:

But how do you get them to believe your calculations?

A tool I have used is the “incidence, expense” tool – Even though you have 100% knowledge of the facts, you “learn with them” as you “discover” the costs together.

For example, let’s say that:

“YOU” have a $20,000 problem.
To help them “get it” you could say:Project Manager (PM):
“What does it cost us when a customer who has not gotten this upgrade calls the helpdesk? “Sponsor: “We’d have to research that.”

PM: “You know, I talked to Joe at the helpdesk – he says it takes 1 hour per call – and our fully loaded rate for a helpdesk person is $50/hour – so I think that means it costs $50/incident.  Does that sound right?”

Sponsor: “I guess so”

PM: “How often does this happen?”

Sponsor: “Do you have the numbers on that, too?”

PM: “Actually, I have done a little research on that, too.  Our helpdesk has been getting 50 calls/week.
50 calls/week times $50/call sounds like $2500/week if calls come in at the current rate – does that sound right?”

PM: “And we know from the people who already converted that when the conversion happens, customers stop calling the help desk about this problem.”

Sponsor: “Is that right?”

PM: “I’ve looked at that with the team – They tell me that we can hit the original schedule – but it will require a couple of changes.”

PM: “The team tells me that if we can make this project a higher priority than Project Y they can get it done when we originally planned.”

Sponsor: “The VP responsible for project Y will not be happy about this, but avoiding a $20K overrun is worth it.  Let’s do it.”

There are always hard dollar costs (as in my example,)  soft costs and opportunity costs.

Usually execs don’t buy into the benefits that are not hard dollar costs,  but even if they don’t, you can mention them after the hard costs.  Execs like to address soft costs (decreased frustration, increased efficiency) to help bolster your argument.

It doesn’t matter how sure you are that you’re right.  Until THEY know what YOU know, you’re not going to get the buy in that you need.
Walking them through a simple example can make sure that you’re both on the same page.
Have you tried it?  What happened?  I’d love to hear about it.  Send me an email!

Good news!  I’m now in the running for “fun parent!”
My oldest gave me the good news this week.
(I’m usually *NOT* the fun parent.)
In case you want to be in the running (or actually achieve) fun parent status,
here’s what moved my campaign forward:
1. Taking the kids to the Lego movie: “Everything is Awesome…”
(now I can’t get rid of that earworm tune!)
2. Suggesting they stop the ice cream truck (and funding the purchase.)  It was in the 70’s, and the ice cream truck came trolling through the neighborhood.
I’m not sure what will push me over the edge into full, official fun parent status, but my son tells me I should keep up the good work!