This website or its third-party tools use cookies which are necessary to its functioning and required to improve your experience. By clicking the consent button, you agree to allow the site to use, collect and/or store cookies.
I accept
You are here: Home / Blog / Google Maps & Live Traffic for your next flight? How SmartSky’s tech may change air travel.

Keeping up with tech

As you know, I like to keep my hand in current developments in technology and software. This week I geeked out on some of the technical bits I learned and want to share some thoughts from the April CRTEC meeting (Charlotte Regional Technology Executives Council) about a Charlotte tech startup that is on the path to being something big.

At SmartSky Networks, President Ryan Stone educated us about the complexities of creating a new cellular data network which can support mobile clients who are moving at 1,000 miles per hour.

How’s the Weather Up There?

I also learned that our national weather forecasts largely depend on manual launches of 200 weather balloons, and that there’s currently no automated way to collect air turbulence data and report it in real time. Most up to date data about turbulence comes from “PieReps” – Pilot Reports like “a little choppy at 15,000 feet. Requesting a higher altitude”

Once the ground and air portions are in place, the bidirectional high speed internet will allow better access to electronically collected weather data to be sent immediately to weather forecasters. Panasonic Weather Solutions already has the data collection equipment in a lot of planes, and needs higher speed Internet to take it to the next level.

Here’s a weather forecast visualization from Panasonic based on data collected from their aircraft mounted TAMDAR weather sensors.

Google Maps For Your Pilot

What this can mean for you is less turbulence on your next flight as well as more efficient airline operations. Think Google Maps with Live Traffic – but for your airline pilot!
It’s amazing to think about how cool whizbang nerdiness with radios and networking make it possible to solve problems that seem unrelated – providing passenger Internet access can make better weather forecasts available. 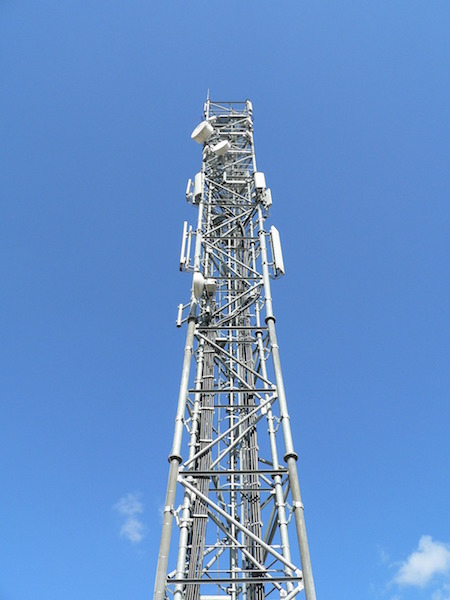 Most currently available in flight Internet service is either

SmartSky’s network, apparently, will be a game changer.  They have figured out how to provide nationwide, high speed bidirectional, low latency Internet service to aircraft. 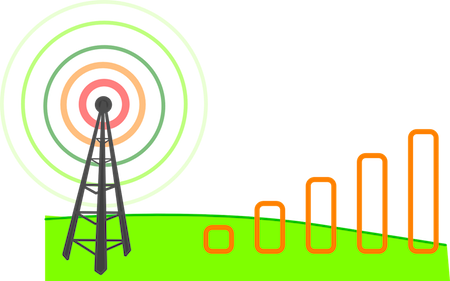 Of course, the ground network alone isn’t enough. They have to have subscribers, too. SmartSky is already working with aircraft maintenance companies and avionics installers to equip private jets and commercial aircraft with the radios needed to access their networks. Their launch plan is to have the network operational for commercial clients later this year or early in 2017.

Where Intellectual Property (the other IP) Comes In

Oh – one other point – Ryan pointed out that the “patent wars” we hear about between tech giants happen because investors want to make sure that there are assets that will have residual value if the startup fails.

He talked about the importance of having a great IP lawyer help protect your inventions (and how they were really helped by acquiring a previous patent application from someone who had not followed through to actually get their patent approved.)

Today SmartSky has something like 17 patents on inventions they have come up with. These are patents on business methods, not on specific technical implementations. An interesting approach. I’ll leave the question of whether business methods *should* be patentable for another time. Suffice to say that intellectual property law is a strategy they are fully committed to.

Ryan talked about culture, values and leadership too. All good stuff for a future post.

I’m glad that CRTEC  is one way I can stay connected with what’s happening in Tech.

Thanks to Ryan for filling us in, too! – http://smartskynetworks.com

Want more?  Check out this short video with Ryan – courtesy of CRTEC.